The casual method of networking 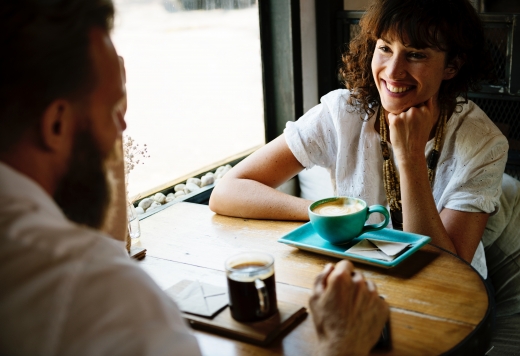 I shifted into a freelance career about ten months ago after working in an office for over 15 years. All the research I did said that it would probably take up to a year to get things going, so having almost made it to that milestone, I feel very lucky to be busy with a sound set of regular clients. It’s challenging though to know where to turn when trying to build a professional network with the potential of generating the kind of work you’re specifically looking for, whether it be part-time, freelance, or a new full-time job. Listings on LinkedIn and places like that cover the broad strokes, but when you’re ready to start working, it’s nice to have additional resources to utilize which could speed up the process of searching. Along the way for me, this last year, there have been a few groups that have proven to be extremely helpful in connecting me to opportunities.

When I began my job hunt almost 20 years ago, after graduating from college, there was no Facebook. Being lucky to have stayed with a single company through my corporate career, I didn’t have to look for work until I became a freelancer, so the idea of Facebook helping me meet my professional peers felt strange at first. Now, I’m not only blown away by the kindness of others in my area to complete strangers simply because we share a common professional background, but the potential Facebook has for generating job leads.

I’m a member of two Facebook groups for professionals that bring together women in marketing communications and in content marketing. I not only get to refer other friends for opportunities, share advice of my own - establishing myself as a thought leader, but I get to toss my hat in when appropriate job listings are posted in this casual setting. Rather then prepare a formal letter and send in my resume hoping someone will see it, I get to talk directly to a person right from the start. Using Facebook’s resources to discuss an opportunity within a group where you’re essentially vetted because you’re already a member of the group, does wonders in opening doors.

The benefit of being at the same company, in the same industry, for a long time is you get to meet a lot of people who have similar professional interests. These people, your colleagues, may move to different companies throughout their careers, spreading out, so that when you find yourself in need of work, you can reach out to them whether they work for your former employer or not and potentially encounter multiple opportunities.

My first strategic move as a freelancer was to connect with colleagues still in the same industry I formally worked in as a full-time employee. Some of them had moved on to other opportunities, but still appreciated the quality of work I had produced with them in the past. Reaching out to these colleagues has allowed me to build a relationship with a client who I wouldn’t have been able to easily connect with otherwise. This connection has led to repeat work with individuals I had never worked with before. The recommendation of my former colleagues got me an interview and helped me establish credibility both in the industry and my field.

An established reputation coupled with a continued appearance online in professional circles may also help with opportunity because it keeps you visible to former colleagues. I made a point of continuing to promote myself as a freelancer once I shifted roles in order to keep that information relevant. It has led to former colleagues, in my professional network, reaching out to me for work they’d specifically like me to do based on their knowledge of my qualifications.

I’m not ashamed to say that my first full-time, permanent job after college came about because of my mom. She knew someone at a company based in the same city where I lived who was willing to have dinner with me and talk about the industry. After our first meeting, she offered to refer me for any open positions at the company she worked at if I found something I wanted to apply for, and the rest is history. Her referral moved my application to the top of the pile and my interview was good enough to get my foot in the door of a company I would work at for 15 years.

There is nothing wrong with relying on the connections your family has when looking for work. They can potentially get your resume in front of people who you wouldn’t have been able to connect to alone. They will also be your biggest supporter, giving you a glowing referral and working extra hard to help you succeed if they can.

There are many jobs I’ve gotten through friends whether it has been working retail, temping, or since I’ve become a freelancer. Throughout college, I held a number of retail jobs, most of which came about because I already had a friend who worked there who could vouch for me. My first job after college was working in a temporary position that a friend of mine in a permanent role recommended me for.

The perk of friends referring you for a job is that you then get to work with or in the same office as someone you already know and like. You have someone to introduce you to the office culture and help you get acclimated. You will always have someone to grab coffee or lunch with and be an ally in your professional network.

As a freelancer, I’ve found work through friends who actually own their own company. I don’t typically work with them directly, but with the mangers who report to them. This allows me to benefit from the connections of friends while still building a professional reputation with people who don’t know me outside of work, who can pass more work my way in the future.

Friends can help you get your foot in the door, but it’s ultimately up to you to establish your own professional reputation. It’s not often you’d work directly for a friend, so oftentimes the person you’re reporting to is someone new who you need to establish a good working relationship with in order to succeed. Working directly for a friend might lead to more complications than good, but it’s definitely worth reaching out to them when looking for work.

Being on the job hunt, whether you’re looking for full-time work or starting up as a freelancer is hard to do in complete isolation. You need to put yourself out there in ways that those who know your work, and you, can vouch for you and help you along. Networking, even in this more casual setting, can open doors and give you opportunity you wouldn’t have been able to access on your own.

Header photo by rawpixel.com on Unsplash